Once upon a time there was an annual “Battle of the Bands” event in Eugene, but apparently that was starting to get a little tired. This year, the event is being modified/replaced by an event called “Make-A-Band.” I jumped on board and will be performing with a one-time supergroup on May 1st and if you’re reading this I hope you’ll come check it out. It’s definitely gonna be one-of-a-kind.

Here’s how the project works, in a nutshell: Last month, ten local producers attended a series of showcase events and chose auditioners of various musical styles and talents to make a band. The ten bands then spent the following few weeks collaborating with their new bandmates under the direction of their respective producers. The culmination will be a big performance night on May 1st, 2015 where each of the ten bands will perform a twenty-minute set. Producers will vote on best overall band (without voting for their own band, of course) and audience members will vote for various individual awards via an app (I’m really hoping to win the “Face-Melter Award”).

I was hesitant to sign up for this because I already have a band (two, really) and my own thing going on, but the producers involved all seemed like they’d be really interesting people to work with. One of them happened to be Tyler Fortier, who produced my album The Long Con as well as Fast Man’s Geronimo EP. Tyler picked me to be in his band singing and playing electric guitar alongside Scott Austin (vocals and guitar), Erik Berg-Johansen (violin, mandolin, and vocals), Mike Reetz (drums), and Jay Naggier (bass).

It’s been a really fun experience and I’m proud of what we’ve put together. We set out to create a sound that’s like “Creedence Clearwater Revival meets The Black Keys with a little folk sprinkled in” and I think we’ve pretty much nailed it. Scott, Erik, and myself are all songwriters, so of the four songs we’re performing, three of them are originals written and collaborated on for this event specifically.

So if you can make it out, please do. And you’ll be able to vote for me/us via the app if you feel so inclined, so… this will be the only time I’ll encourage anyone to have their cellphones out during a show. CLICK HERE TO RSVP!

Special thanks to the lovely Jennifer Meyer for working so hard on this thing. 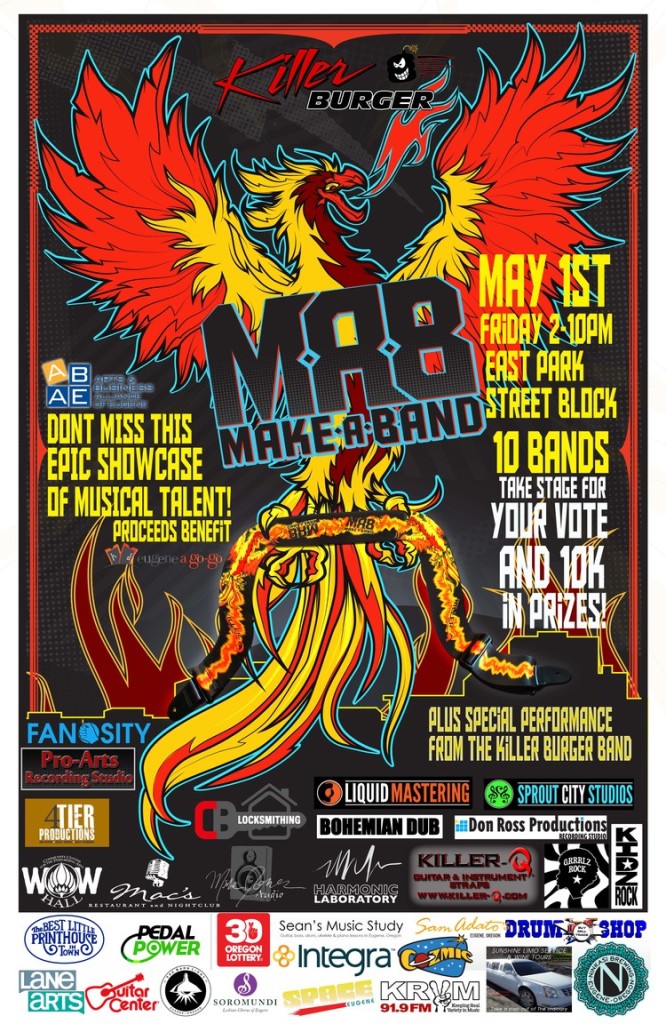