In 2003, Gregory Rawlins and I met in La Grande, Oregon and became bosom buddies. Still are. But at that time we were living in an old defunct storefront building in a tiny town on the outskirts with a few other friends—living dirt cheap, showering in the back yard in an old clawfoot bathtub with a garden hose, writing poems on an old typewriter and tacking them to the kitchen wall, and making DIY movies. It was a wonderful season.

I had been playing guitar for years, but not really doing much with it. Greg was such a poignant and thoughtful poet that it sparked a blaze in me to see if I could write too. Greg had just learned to play the guitar, so we began to write and play songs together. It clicked quickly, and we were amassing a catalogue of acoustic duet tunes. We would play to our roommates, to visitors in the living room who stopped by for a smoke session, we’d organize “concerts” in our house—we just played for anyone who wanted to listen. So confident were we in these magic beans that we left our little town of Union, Oregon and moved to Seattle to start a real rock and roll band. Within a few weeks we had met the rhythm section duo of EJ Sander and Seth Johnson, and Sons of Guns was formed.

After a couple years of writing and playing songs within this 4-piece brick house, Hurricane Katrina took Greg and me to New Orleans to wash and fold clothes on a mobile laundry truck for Sewage & Water workers, Red Cross volunteers, flood victims, and National Guardsmen —and what started as a few weeks off form the band turned into a bonafide, indefinite hiatus. After returning to the Northwest, we found ourselves separated from the original backline—EJ and Seth had moved onion our absence, understandably. But Greg and I continued to write and play together, and called on the likes of musician friends Luke McKern, Wayne Callahan, and Jeff Grammer to fill those massive shoes. Shows were played, albums were made, and the embers caught just enough wind to keep them burning.

Then, last year, geography was kind enough to bring the original four back together in the Pacific Northwest, and the result is a brand new album called Marguerite.

How We Made Marguerite

In February 2015, in a cabin on the Olympic Peninsula, the four original members of Sons of Guns met up for the first time in a decade. A more suitable location there never was. Misty, quaint, picturesque– the prime muse for a band who had once formed some twenty miles through the saltwater bends, in Seattle. The objectives were simple: reunite as friends, eat oysters, and write music.

With as much sustenance and sound equipment as thought necessary, we set up our instruments, sharpened our pencils, toasted, and set to composing what would become, after the quickest and longest weekend of all time, an album called Marguerite.

Ten autobiographical songs encompass the state of friends picking up where they’d left off, sifting through what had been left behind, and charging toward what lay ahead; in a fashion nearly indistinguishable from the poetic folk ballads and carnal American rock ‘n’ roll which had previously earned Sons of Guns a reputation as one of the Northwest’s most prized ensembles.

Marguerite features myself on electric guitar and vocals; Gregory Rawlins on acoustic guitar, banjo, and vocals; Seth Johnson on drums; and EJ Sander on bass. Recorded and mixed by Brad Kaminski at Vertigo Productions in Seattle. It would take an entire post to explain how great of a friend Brad is, and he really hit the mark on this album—but you’ll hear that when you listen to it.

In 1950, Elmer and Marguerite (EJ’s grandparents) bought a cabin. Sixty-five years later, Sons of Guns spent four days writing and playing these songs in that cabin. I’m proud to share this album with you, entitled Marguerite.

Listen to this Awesome Album 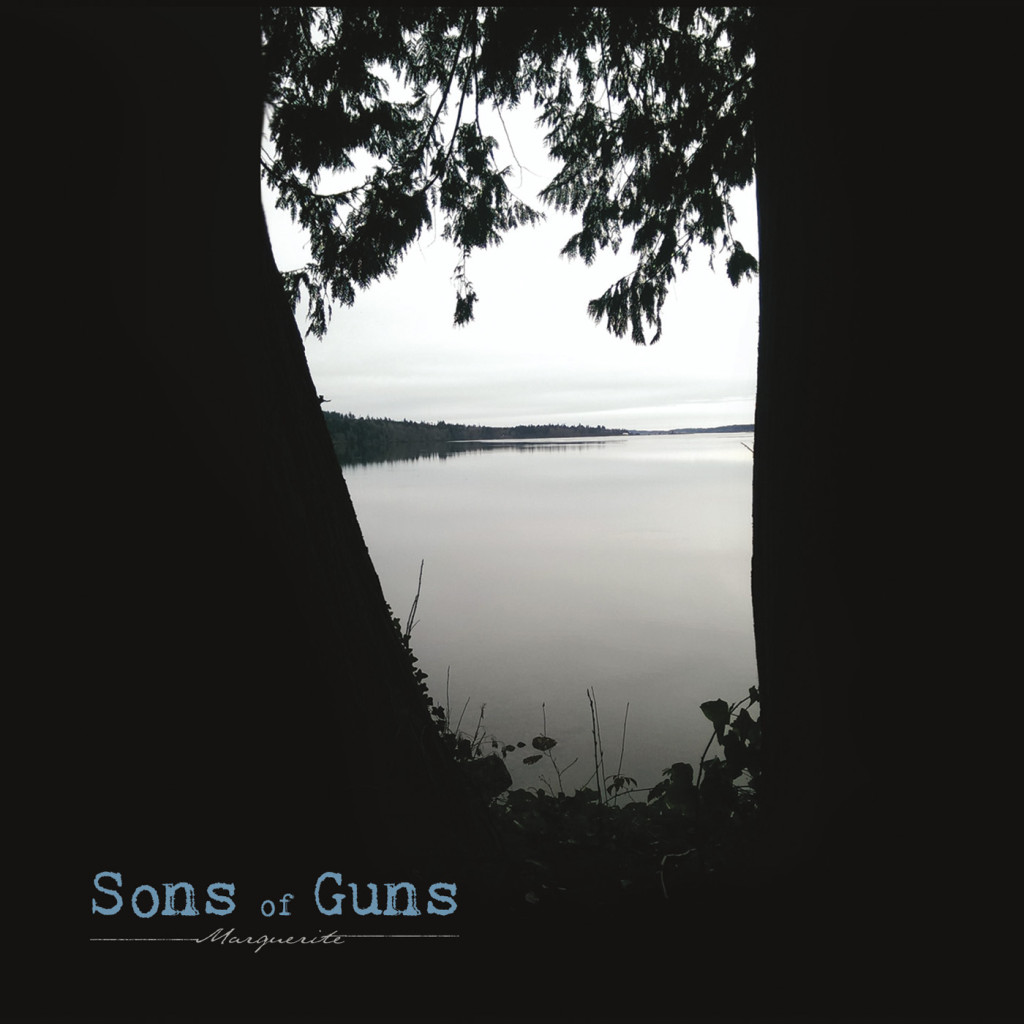